Skip to content
Riding a motorbike through Vietnam is the best way to get to know the nation. Exploring cities, towns and villages will give you a basic understanding of the culture, but riding between them will make you feel part of it all. It’s a unique experience and with a little planning and not much money it can easily be done. 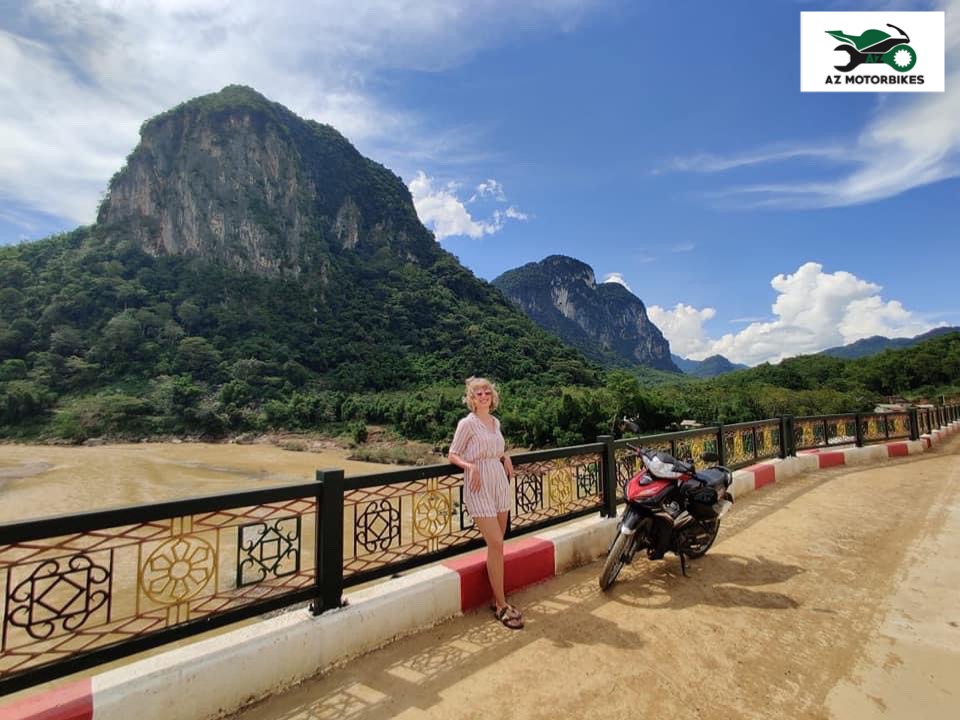 Vietnam is divided into three different climatic zones and the weather can very greatly depending on the time of year and location. Some regions are better to ride in the winter months, others in the summer. Before your adventure begins you’ll need to decide what you are looking for and which parts of the country you’re aiming to explore. Warmer and dryer months are fantastic riding, but can be very busy. Colder winter months can be mysterious and empty, yet chilly to ride.

In northern Vietnam, the temperatures rise and the rains occur from May through August. The rest of the year is usually dry, with December through March being chillier and often gray.

In central Vietnam, the rainy season runs from October through January and the rest of the year is mostly consistently dry. Temperatures in the dry season can soar into the mid to high 30’s in the summer months so the ideal time to visit is February through May.

In southern Vietnam, the temperatures hover in the low 30’s for most of the year. From May through November heavy rains fall, although usually only in bursts of a couple hours in the afternoon. 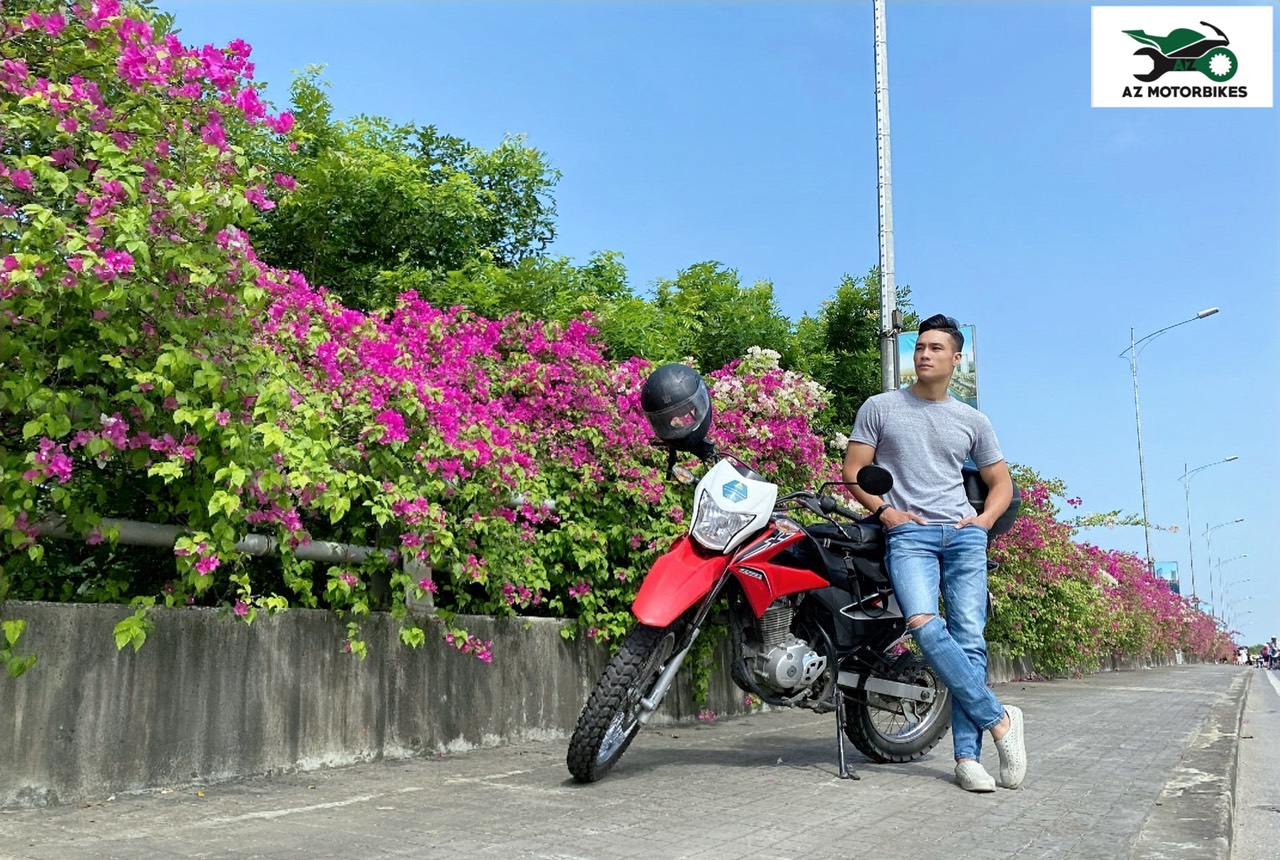 For many backpackers riding a motorbike from Hanoi to Ho Chi Minh City or vice versa has become somewhat of a rite of passage. The trip can be completed in two weeks (less if you rush) and could be a mix of white sand beaches, limestone ridges, and endless rice fields. There are a number of established routes making the trip easy and enjoyable.

While this is undoubtedly a fantastic journey, the truth is that it bypasses the most spectacular riding the country has to offer. Perhaps it’s the allure of saying: “I rode from Hanoi to Saigon on a motorbike,” that has made this so popular, perhaps it’s the Top Gear special, either way this route does not give a glimpse into the country’s most beautiful scenery.

To find this, you’ll want to explore the north. Head west from Hanoi toward the Laos border and then work your way up and around. The mountains, valleys, rice terraces, jungled limestone cliffs and winding roads are jaw-droppingly beautiful.

Of course, there’s history, culture and natural beauty to be had throughout the country. If you have your heart set on exploring the Mekong Delta, by all means do it. Each and every province in Vietnam offers something special.

The overwhelming majority of travelers riding in Vietnam begin in either Hanoi or Ho Chi Minh City and these are the best two places to find a bike. Some travelers opt to rent a more reliable bike, others opt for the allure of buying their own and then selling it at journey’s end. There’s nothing wrong with either option, just be prepared to stop more often for repairs if you purchase second-hand.

In both cities, bikes to purchase are easily found in the backpacker districts. Rental shops, which also sell used bikes, are easily found as are flyers posted in hostel windows by travelers at the end of their adventures looking to sell their bikes back.

Those who purchase bikes from shops or fellow travelers often buy manual Honda Win’s or fully automatic Yamaha Nouvos. The Win is the more sexy of the two options and what people associate with any Vietnamese motorbike adventure, yet more prone to breakdowns as the parts inside are almost certainly not Japanese, but Chinese knock-offs. A Nouvo is easier to operate, particularly for a beginner, yet not guaranteed to break down any less, as those for sale by backpackers have racked up substantial miles. The cost for either bike shouldn’t be more than $250 USD.

There are a number of reliable companies that rent bikes for weeks or months on end. These are generally semi-automatic bikes such as Honda Waves or Honda Blades, and are far less likely to run into any real trouble. A rental for a month should be $200-$300 USD.

Start with a travelers backpack, 60-75 liters, and go from there. Almost anything you need can be bought in HCMC or Hanoi, so if you’ve packed light and run into a snag it’s easy to straighten yourself out in the these hubs. The amount of clothing is obviously dependent on the length of the journey and how often you think you’ll need to change. Remember that no motorbike trip in Vietnam is a clean affair.

A poncho, or better yet, rain pants and a good jacket, is a necessity as heavy rains pop up sporadically across the country. A med-kit is a smart choice, as is a water bottle and larger spare gas bottle. Some travelers opt to camp, so a tent or hammock and mosquito net would need to be added, plus a blanket depending on the route and time of year.

There’s no license that’s guaranteed to get you out of trouble if you’re pulled over. Even those who’ve moved to Vietnam and acquired Vietnamese drivers’ licenses have to deal with scams from police officers. You could get an international license, but the truth is, it probably won’t help.

Instead, if you get pulled over, do the following. Remove the keys immediately and put them in your pocket. Police will try to grab them so you can’t get away without paying, but they’ll do nothing if they’re in your pocket.

Have your wallet and then have a pocket with a small amount of cash in case you get pulled over. If you’re not able to talk the officer down to zero (which is quite doable) then 100,000-200,000 VND will do the trick. More often than not, whatever paltry sum you show will have you on your way.